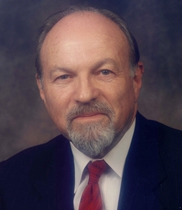 Reuven Bar-Levav, MD opened his psychiatry practice in 1966 using a traditional psychotherapy model. He and his colleagues, Natan HarPaz, Ph.D., and Pamela Torraco, M.S.W., soon realized that in order to help patients make lasting changes in their lives, a more powerful approach affecting both emotional and physical health was needed.  Early on, they realized the value of seeing patients concurrently in both individual and group psychotherapy, a model the Institute follows to this day.  Originally orientated theoretically along the lines of psychoanalysis, Dr. Bar-Levav and his colleagues were among the first in the state to utilize the body-oriented approaches of Alexander Lowen, M.D. and Charles Kelley, Ph.D., themselves neo-Riechian outgrowths of the psychoanalytic movement.  Influenced by other approaches becoming more well-known in the seventies such as Gestalt therapy, Transactional Analysis, and various “scream therapies,” they began to modify this psychoanalytic approach, integrating elements from all of these into a unique and coherent theory of human behavior. Their work demonstrated that at the root of most emotional difficulties lies basic human fear, and they discovered ways to create a deeply trusting therapy relationship that helps people permanently recover from this life-constricting fear.

After ten years of clinical study, they began to train their first Fellows in 1976: Joseph Froslie, M.S.W., Ronald Hook, M.S.W., Argyl Houser, M.S.W., and Paul Shultz, M.S.W. All contributed extensively to the video tape research which became part of the early training materials. In the 1980s, many new Fellows joined the program and participated in Institute conferences and publications. David Baker, M.S.W., Leora Bar-Levav, M.D., and Marcia Stein, M.S.W., eventually joined the faculty. Each faculty member brings unique expertise and extensive experience to the Institute.